Grenada and E-2 for India — the Way to American Dream

Many wealthy people have a burning desire to start their own business in the United States. Statistics show that this land is a wonderful platform, where it is possible to achieve impressive results, succeed, and gain a large customer base. However, it is much easier to implement in reality, if you are a citizen of the country.

In this perspective, the E-2 program is a true lifesaver. It allows businessmen to save their local citizenhood but get access to all economic and political benefits of the American system. Unfortunately, it is not available for all the lands. In this case, a future participant is required to have citizenhood of a land that does possess a special E-2 treaty with the USA.

Even though India doesn’t have a direct E-2 procedure, its residents often use the advantages of second citizenship to apply for the program. According to statistics, the number of Indians to participate increased by 45% from 2014 to 2017, and this level is only increasing.

If you think the E-2 offer is a way to start just an overseas business, it is not the only truth. What do Indians look for when applying for this program? Let’s find out!

Indian Case: The Problem of Imbalances

A lot of local businessmen wish to switch the activities’ platform because America seems to be manna from heaven. Yes, super low corruption rate, favorable conditions for businesses, and overall life standards attract attention of numerous Indian investors. But what makes them look for better? Let’s check it out! 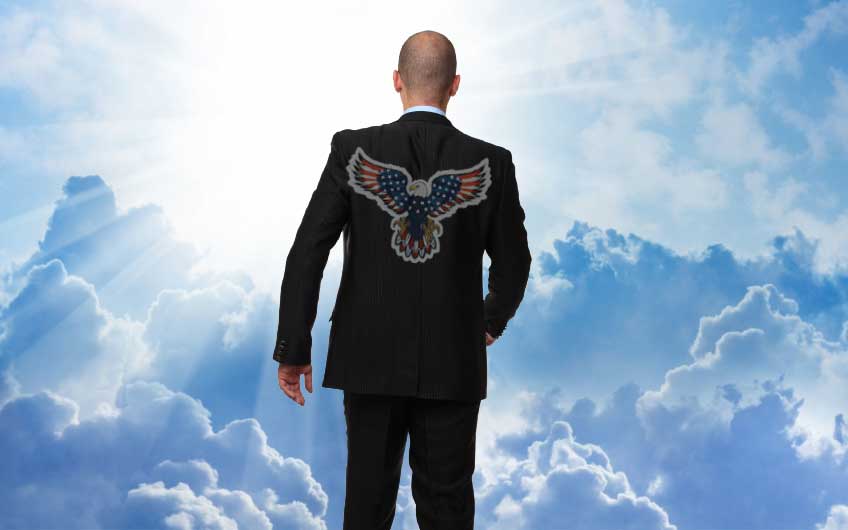 Modern India, which is considered to be the fifth largest global economy and a powerful world GDP contributor, has recently lowered its indicators. In 2019, the country’s GDP growth reached just 4.8%. According to IMF estimates, the GNI value amounted to $5.4 trillion (that is over 6% of the global parameter).

Having steadily occupied the eighth place in the ranking of leading world economic powers, India, on the contrary, concedes the USA and China in the battle. However, in terms of GNI per capita, it lags behind numerous lands, including the majority of developing countries from Latin America and Southeast Asia, as well as some of its neighbors like Sri Lanka.

The reason for this considerable downgrade would seem easy to explain with a demographic problem. It is rapidly growing. In 2018, the number of citizens was 1.354 billion people. A year later, it increased to almost 1,37 billion. However, China, one of its economic and political rivals on the world stage, has GNI per capita more than twice that of India, despite the fact its population can’t help but impress. As of January 2020, the current number of people living there was estimated to be around 1.4 billion. To note, that is an increase of 0.52% in comparison to the same parameter of 2019.

The economic imbalances prevent India from closing the gap with China in terms of GDP per capita and other indicators. Given the current demographic situation, a very challenging task for the country is to reduce the unemployment level. In February 2020, this rate rose to 7.8%. Overall, there is an obvious up-and-down tendency. In September 2019, the number of unemployed people reached 7%, and just a month later, it was around 7.9%. With a growing slowdown in demand for unskilled and untrained labor resources, the complexity of the task is increasing at least twofold.

The government is taking steps to reduce unemployment. The current labor laws in the country limit the employers’ freedom to lay off workers or close low-profit enterprises. For instance, the authorities didn’t allow the local Tech Mahindra company to fire over ten thousand surplus staff in 2009. Unfortunately, years later, the situation had got much worse: a constant lay-off turned out to be a trendy corporate strategy. Wipro and Infosys laid off over eleven thousands workers in 2017.

Of course, the list of mentioned problems can be largely enriched if taking into consideration other economic and political sectors. E-2 program is a way for businessmen to solve all arising issues through investment. That’s why it is believed to be one of the smoothest ways to literally start with a clean slate.

As we have already mentioned, Indian residents can apply for the E-2 program if they have a second citizenship with a land that is allowed to do so. Grenada passport is a fast, economical, and reliable method to reach the goal. It is especially true if comparing this offer with the EB-5 scheme.

The conditions for obtaining a second citizenhood in the Caribbean region are as follows:

● There are two main ways how Indians can become program’s participants. Firstly, you can make a charitable contribution to the National Transformation Fund. The minimum investment in the case is one hundred fifty thousand dollars. Besides, family members can be added to the applicants’ list (however, this requires extra spendings). Secondly, an Indian applicant can purchase a Grenada real estate which is to be approved by the host land’s government. The minimum term to own the property is four years. Then the participant is allowed to resell the apartments.

● You have to satisfy the Due Diligence requirements. The main status every applicant should possess is a clean criminal record. There are no restrictions to education obtained or work experience gained. It also doesn’t matter whether you have leading managerial skills, etc.

● The program provides a main applicant to be joined with his spouse, dependent children up to thirty years old (if they face some physical or mental challenges, there will be no limitations), as well as parents.

● The Grenada citizenship is a unique opportunity. Unlike other offers from the Caribbean region, this one can be transmitted by heredity to the third generation, regardless of their actual place of birth.

● With the second passport, Indians have a super opportunity to travel to over one hundred thirty lands with a hassle-free visa regime.

To get to know more about visa conditions, watch the video:

The next step on the way to the USA is the E-2 visa. Its benefits make it an incredibly popular program and sometimes even more advantageous than EB-5:

● First of all, the offer doesn’t set a minimum investment limit. As long as the sum to be “paid” is enough to create and maintain success and profitability of business, you will meet the E-2 program’s “requirement”.

● Secondly, spouses and children under twenty-one years old are welcome to join the main participant. They are provided with special education and work discounts.

● Thirdly, E-2 program is not a direct way to the green card, but it could be.

● Fourthly, unlike the EB-5 program, this one is issued within a couple of months. Besides, there is no must-have necessity to create ten full-time jobs in your business.

● Fifthly, there is no strict stay requirement. A participant is welcome to live in his own country or in the United States without any negative impact on the program’s conditions.

● Sixthly, the E-2 status can be achieved for a two-year term, but can be renewed literally an endless number of times.

All in all, the E-2 scheme and Grenada passport are exactly what you need to become a globally minded person and forget about constant need to apply documents’ sets for visas. Create a qualitative backup in case the issues in your native land can ruin your career and family life at all — these opportunities are just the smallest part of what you can achieve with these offers.
To get a detailed perspective of the programs to get citizenship by investment, get in touch with our experts.